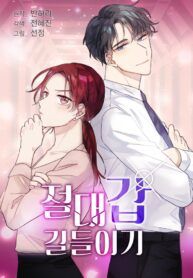 Kang Eun-Hyun, the CEO of “Red Fit,” is considered the next-generation leader in the domestic game industry. There was only one thing he lacked, with his good-looking face and perfect physical: when he opens his mouth, his sharp words attack those listening! Cho Eun is Eunhyun’s secretary. With a calm and patient personality, she skilfully accepted the president’s twisted words, and after work, continued her normal(?) work life by swearing at the same company colleagues and friends about Eunhyun. However, Eunhyun’s sharp words became worse as the days went by, and the moment she thought she had to make a decision whether to stay with Eunhyun, his words were so unexpected! Cho Eun’s personality remodeling love project, a universal secretary who tamed Eun-Hyeon, the Jeoldaegap!