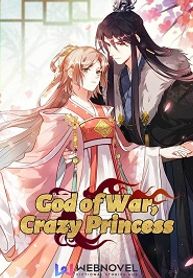 Sheng Qianyu, a gifted special force soldier, experienced time travel. She didn’t expect to wake up as a noble lady in the Prime Minister’s mansion! She should have been married to Prince Yu if she wasn’t betrayed by her fiance and sister. The wedding night was stained with blood, and her whole family was slaughtered. In the name of Lord Yu’s third daughter, she went to the palace to find out the truth behind the slaughter. With her wisdom, Sheng Qianyu not only solved many crises but also won the Sixth Prince’s love. She was a good sharpshooter, now she becomes the Goddess of War…